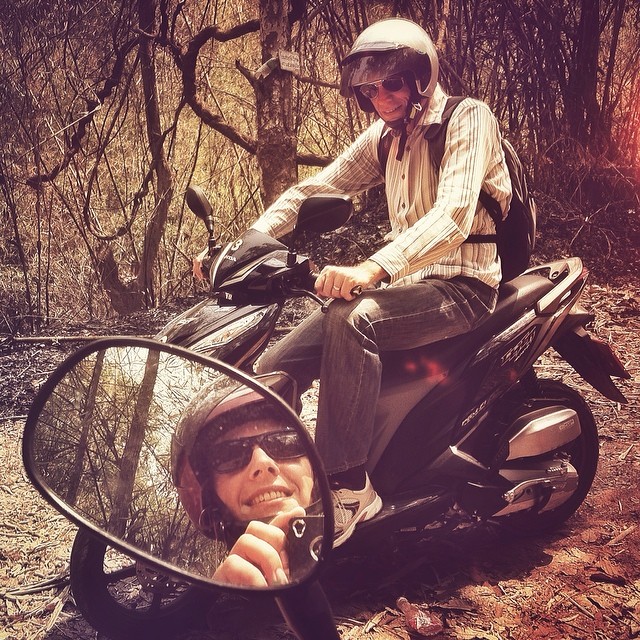 I’m on a father/son motorbike trip through Samoeng & Mae-Se, northwest of Chiang Mai. It’s Strawberry country!! Strawberry shakes, strawberry wine, sweet strawberries, sour strawberries… and every farm we pass has a giant strawberry mascot out the front. It’s one of Dad’s first times on a motorbike… so I’m glad he’s still here to take a selfie with me. 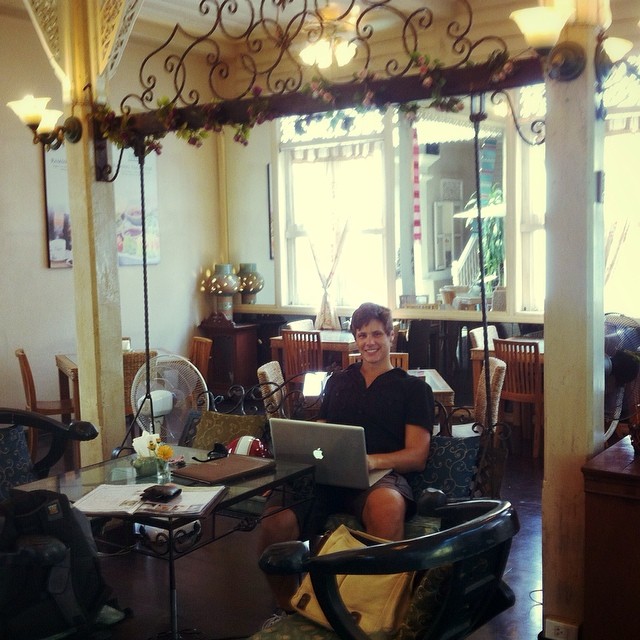 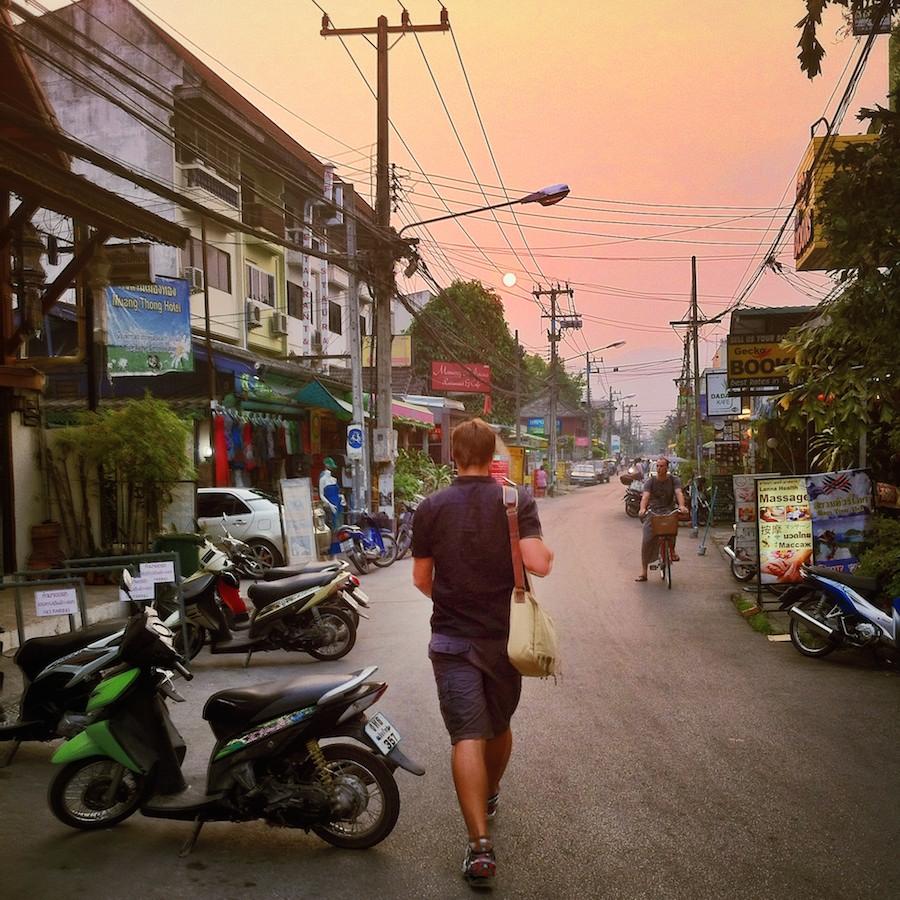 The past few weeks I’ve been living in Chiang Mai to get some writing done.

I don’t recommend this time of year as the agricultural burn-off is thick and unabating, but otherwise the city strikes the perfect balance between bustle and relaxation. 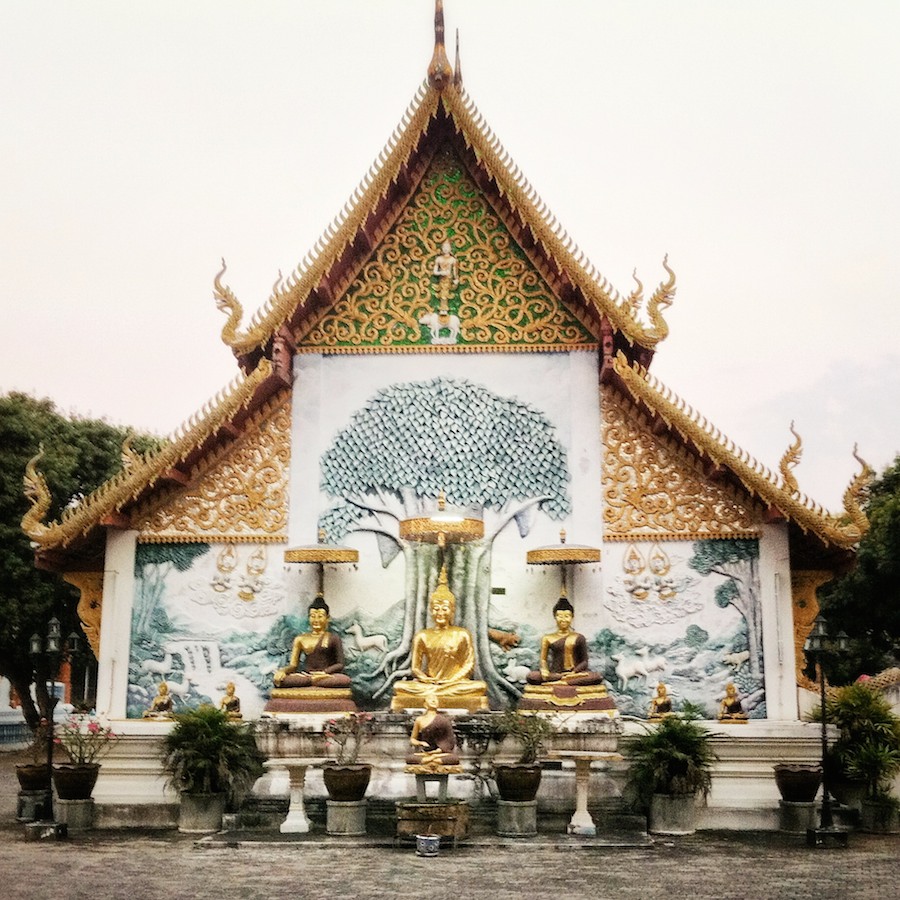 Just your regular ol’ suburban Wat next door, what! 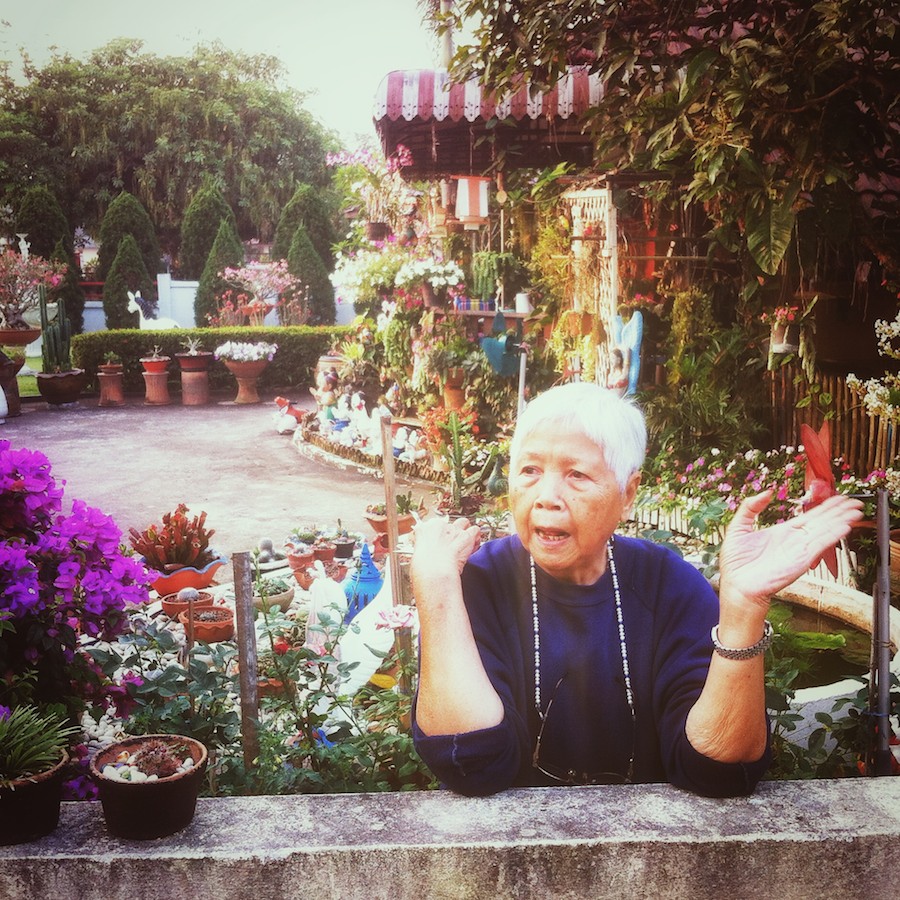 Chatting with our neighbour in Chiang Mai today.. she has an insane number of figurines in her front garden! Tends it with great care 🙂 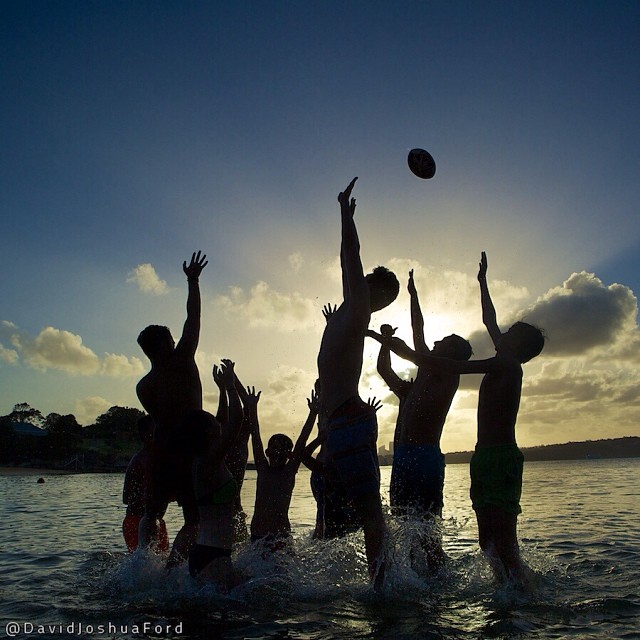 When you’ve travelled the world you come to realise how lucky you are to have a home like Australia. 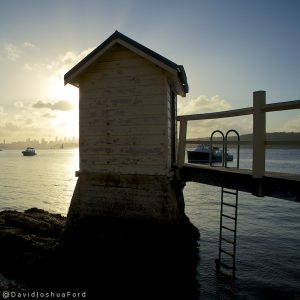 This is Camp Cove in Sydney Harbour (right). Sydney is well known for its spectacular surf beaches, but in the last few months I’ve spent a lot more time on the harbour and found a new appreciation for its interior beaches. They’re just different. Rugged jetties, flashy boats, clear water, many meandering coves, and incredible houses lining the water. It’s a world-class place to live! The top picture was taken last night from Camp Cove, with perfect weather, the sound of kids playing, and the sun setting over the city.

My new favourite spot in Sydney is the Woollahra Library (below). It’s a wonderful old building overlooking the Fairfax estate and the harbour. From there you can walk through the library gardens to the Red Leaf Cafe and Murray Rose pool and a harbour beach! 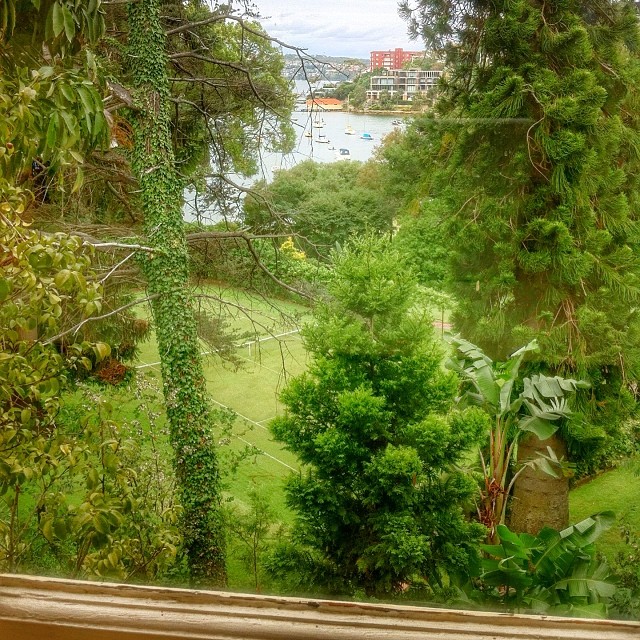 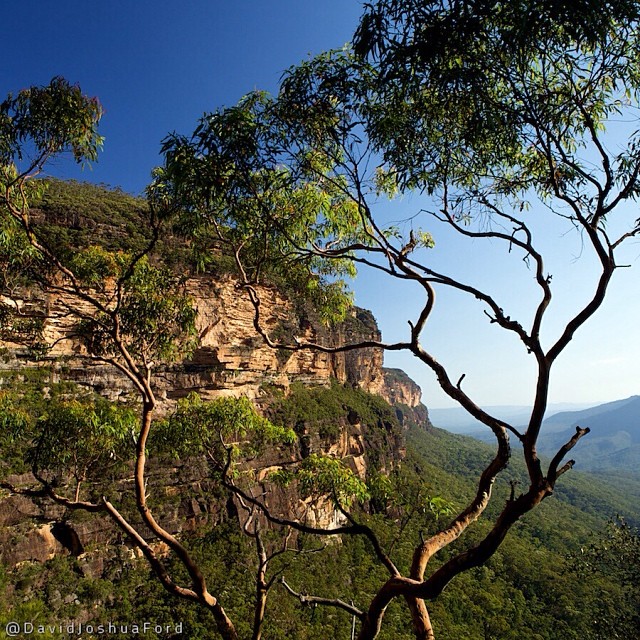 The bush walk at Wentworth Falls is my favourite in the Blue Mountains for its diversity of terrain: cliff-top views, valley creeks, vertical ladders, stairs carved into the sheer rock face, waterfalls from above and below. It’s even possible to just take the train from Sydney to the Wentworth Falls station and walk from there. 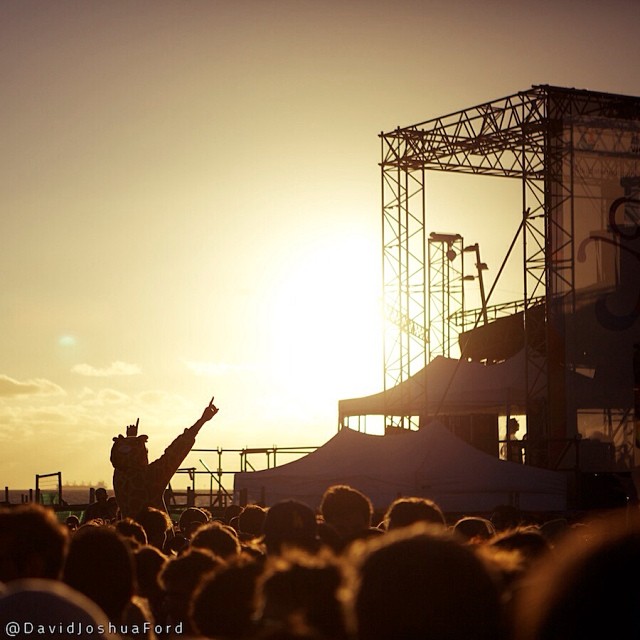 Rockin out to Cat Empire at St KildaFest! I love visiting Melbourne for its coffee, laneways, markets, vegan friends, and a holiday away from Sydney. 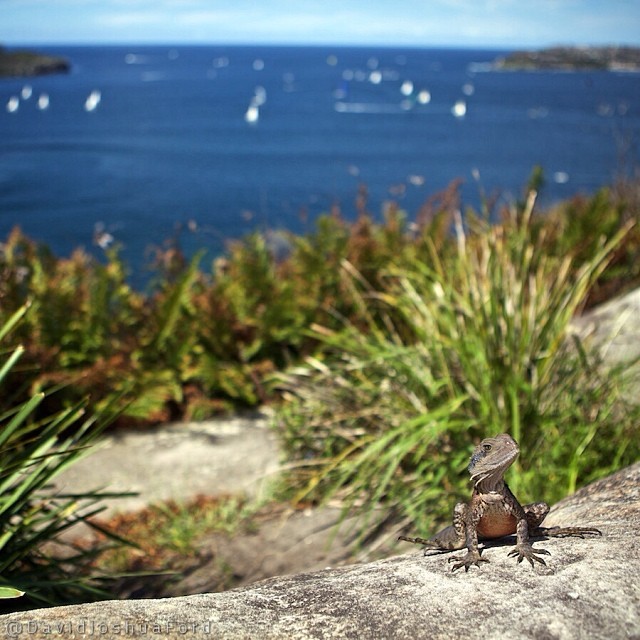 If you’re looking for a fantastic bush walk without leaving the city, try the Spit Bridge-To-Manly hike. You might just come across this Australian Water Dragon, but don’t get too close as s/he is territorial and will lunge at you… as happened to my camera lens. Best part is at the end of the hike you can have a beer in Manly overlooking the water at sunset! 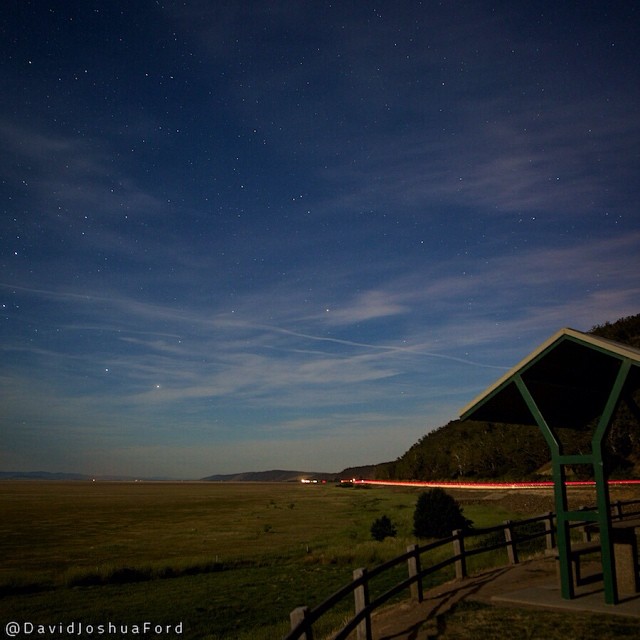 Strange how history repeats itself. I just realised that exactly one year ago, at this exact time, I was standing in this spot at Lake George, NSW. I’d just flown back from the US for Christmas, and was driving from Sydney to Canberra when I stopped by the darkness of the lake to show Megan the southern hemisphere stars away from the city’s light pollution. Tonight had the same fresh smell of dry grass on the flat, waterless lakebed and the soft buzz of thousands of crickets, except this time with bright moonlight that would make Middle-earth proud. Happy one-year Aussie Anniversary!

This photo was taken on a 30-sec exposure at Lake George, NSW 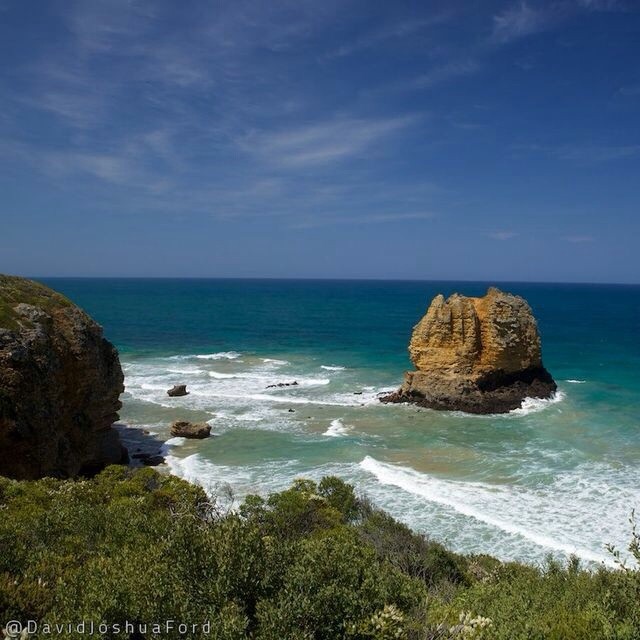 Eagle Rock, beside the Split Point Lighthouse is one of my favourite points on the Great Ocean Road and has been my desktop picture for the last year! Just sitting out there…all on it’s own. 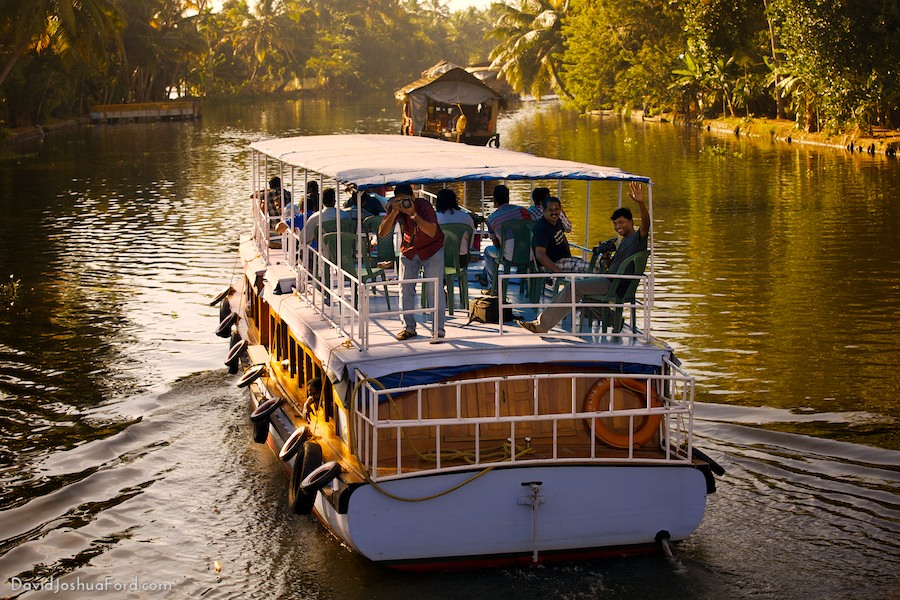 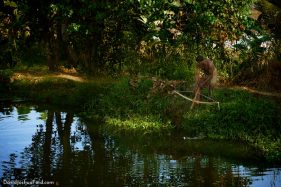 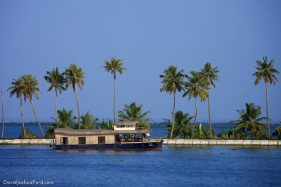 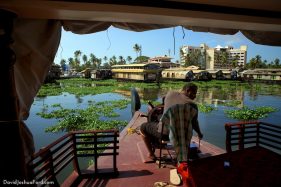 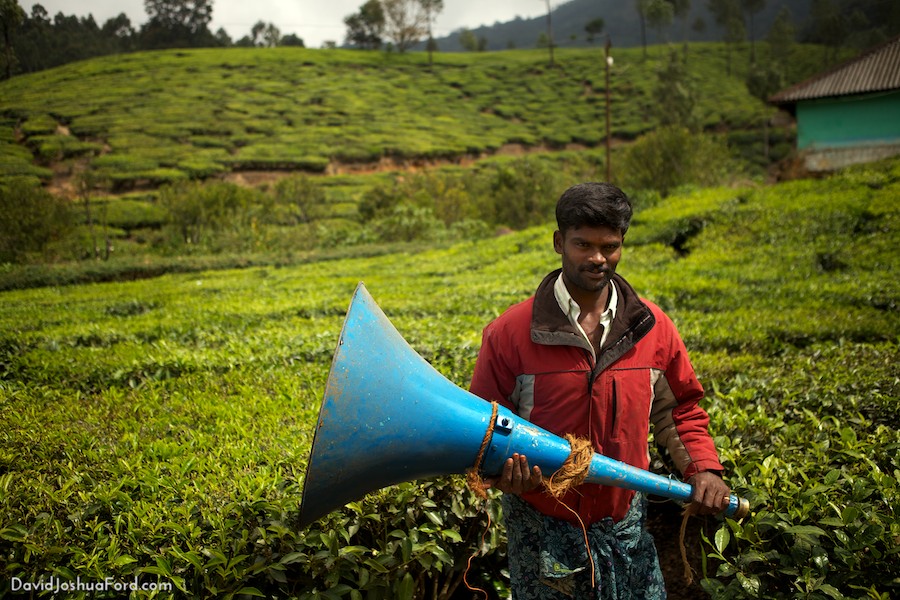 During the month of May I will revisit the photographs from my trip to India. I took over 3,000 photographs on my month-long trip in December 2012, and finally I am getting around to posting some of them!

First stop is Munar, the beautiful and shapely hills of tea plantations in the south of India. I rented a motorbike with my girlfriend (she took a little convincing) and alongside some newly made friends from Germany, braved both the heat and cold of the mountains. 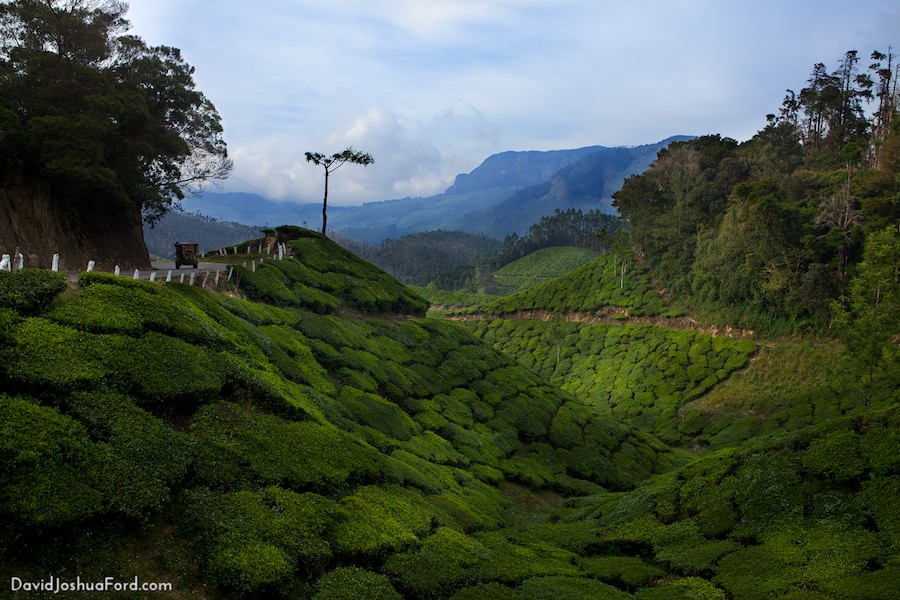 Once outside the busy streets of the town of Munar itself, traffic was more relaxed, and the view spectacular! Tea bushes are pruned to English garden perfection, their cell-like structures coiling through gullies and up the slopes of the hills. I was surprised to find eucalyptus forests breaking up the vibrant green of the tea plantations – a sight, and a smell, transporting me to the Australian south coast.

It was so warm in the valley that morning that I had departed with only a t-shirt, but now high in the mountains I froze as I rode through the clouds themselves. The wind picked up at this altitude and I could see the white wisps washing through the trees. At the summit we pulled over to seek refuge with an Indian family who had stopped to build a fire beside the road. They didn’t speak English at all, so we could only offer plenty of smiles as we wedged our way into their group.

Down the mountain and into the next valley, my blood began to run again and we turned off the main road to explore a little village. I guess the townsfolk don’t get visitors that often with the way they stopped their work to stare at us. Again, no one spoke English, so it was with big gestures and smiles that we interacted with some kids who were hanging out their laundry on the best clothesline possible: floating across the top of the tea bushes themselves. A kindly looking old lady stopped to give me some fruit and pause for a photograph, as did another man carrying a giant blue loudspeaker. 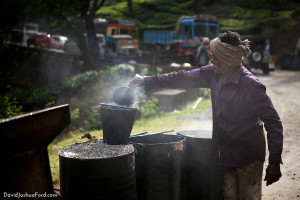 My most striking memory of that day was watching workers build the road by hand high up in the mountains. Torrents of thick black smoke gushed from the furnace heating the tar, to which women dumped baskets of gravel scooped up and carried on their heads. All wearing flip-flops.

Distances in India often end up being much further than they appear on a map, given the dense traffic, livestock and just general hazards in whatever form you can think of. We finally found a waterfall that we should have, according to our “not to scale” map, encountered half a day earlier, and, since the light was fading, declared that we had successfully reached our destination. The truth was, we never had a destination in mind. With perfect, endless rolling green hills like those in Munar, you’re just there for the drive.

If you haven’t visited my website in a while, I’ve updated my films and photography, so take a look! 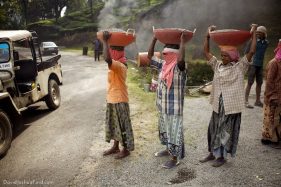 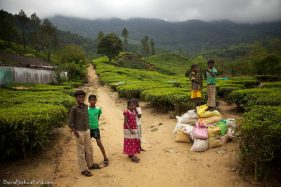 It’s official, we survived! In celebration of making it through Rajasthan, here’s another audio update from the roads of India. On this episode, Megan and I discuss “romance” in Udaipur, killer cow attacks, and cooking classes.

Back again, David and Megan chat about India’s Pushkar Camel Fair: an annual fete in Rajasthan that brings together local camel traders and other traditions. For more about the experience, check out Megan’s article with photos on the Huffington Post here: