Beauty is a Choice

Perhaps it reflects an unfulfilled desire. Given I’ve really only had about one or two failed relationships, I wondered how on earth I settled on making a film about love.

The film turned over in my head as I lay in bed the night before the shoot. The culmination of five months of hectic development and preproduction boiled down to an uncanny stillness, like the serene lapse in activity just before you board an international flight: with all preparation finalised, you just enjoy the inflight movies (assuming you have enough legroom). That things are moving smoothly can be unnerving.

In the darkness I reflected on my choice of subject and style over various years and projects – in my writing and storytelling, my photography, films, in my poetry. I realised beauty was a recurring theme in my worldview, and henceforth, my creative outlets. It’s something I look for: a desire for life and relationships… to be wonderful.

One of the film school staff criticised this aspect of my work during pre-production. We were talking about image creation. One of the images in my film was a minimalist, pristine backyard: glass railings around a deck with an infinity pool on Sydney Harbour’s southern headland. My Indian protagonist was standing at the glass railing on the edge of the cliff, looking out to the ocean.

She challenged me to put my Indian girl in shabby clothes rather than make her look beautiful. The teacher made the generalisation that my photographs are “too beautiful” and I should look for contrast instead. I think I was more intrigued by what seemed to come across as an evaluation of my instincts rather than an embellishment to a film – someone who had seen my films and photographs and found them wanting. Superficial perhaps.

I understood what she meant, though felt misrepresented. In my film, I was constantly trying to pull the drama of the love back into the characters’ weakness rather than strength. I hate untested romance; I hate sentimentality devoid of actuality.

To stay where he was and expect her to come to him would present him as selfish and arrogant, given her circumstances. The king had to step down from his throne, leave his “crown” and entitlements, and meet her where she was. He would win her, not by being the all-conquering Australian male bulldogging his way through, but by exposing his heart and insecurities and by making himself as vulnerable as she was. For when she is deported and they are thousands of miles apart, their strength to continue to pursue love had to come not from his money or privileged position, but from their emotional investment, the entwining of their hearts (to borrow from the film’s title) and the knowledge that each had sacrificed their world to pursue the other’s.

I am not unaware of the ugliness of this world. I have seen marriages fall apart, the powerlessness of teenagers hating and destroying themselves, youthful idealism die, careers blow like chaff.

I’ve travelled to places where people live in extreme poverty and are torn apart by conflict. The Brasilian favela that I lived in during 2007 was unpretty, yet filled with beauty. It was a hard and dangerous life and the police were the enemy, but it contained people who made the time a delight. I don’t want to romanticise the favelas much more than that, for as an outsider I can dip in and out of these experiences… suffice to say: beauty can always be found if you choose to see it.

Insights about oneself are interesting because they often counter expectations. Beauty as a recurring theme in my work is one I’d personally reject to some degree in a media culture super-saturated with the portrayal of perfection… in body image, lifestyle, relationships, finance, property, attitudes.

Yet the pursuit of beauty is not a bad objective. It just depends on what you prioritise as “beautiful”.

It’s like a man’s love for his woman (he says in his grandfather’s voice…). It’s easy to say he should love her above all else, but what action does that love take? She’d like you to have a healthy body, but I think maintaining a buff bod is a little further down the list of importance than connecting with her emotionally. I know people who have damaged their relationship because their pursuit of the perfect body has tapped into their partner’s insecurities and pushed her away.

Even moments of death, when your world is ripped apart, can contain beauty, should you maintain that perspective. This poem about my grandfather’s passing last year reflects the paradox of such events.

I think we need beauty – true beauty. The capacity to choose to remain tender whilst heartbreak rages.

The pursuit of beauty carries with it the ability to transcend the world’s present state – not to deny the existence of its imperfections, but the optimism to strengthen our passage towards the dream: the way things could be. 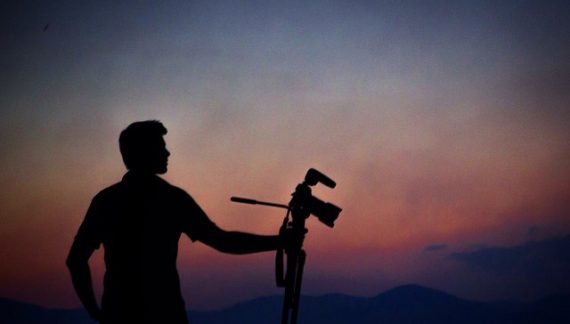 6 Steps To Take Charge Of Your Career