This content is © 2019 David Joshua Ford | All rights reserved. 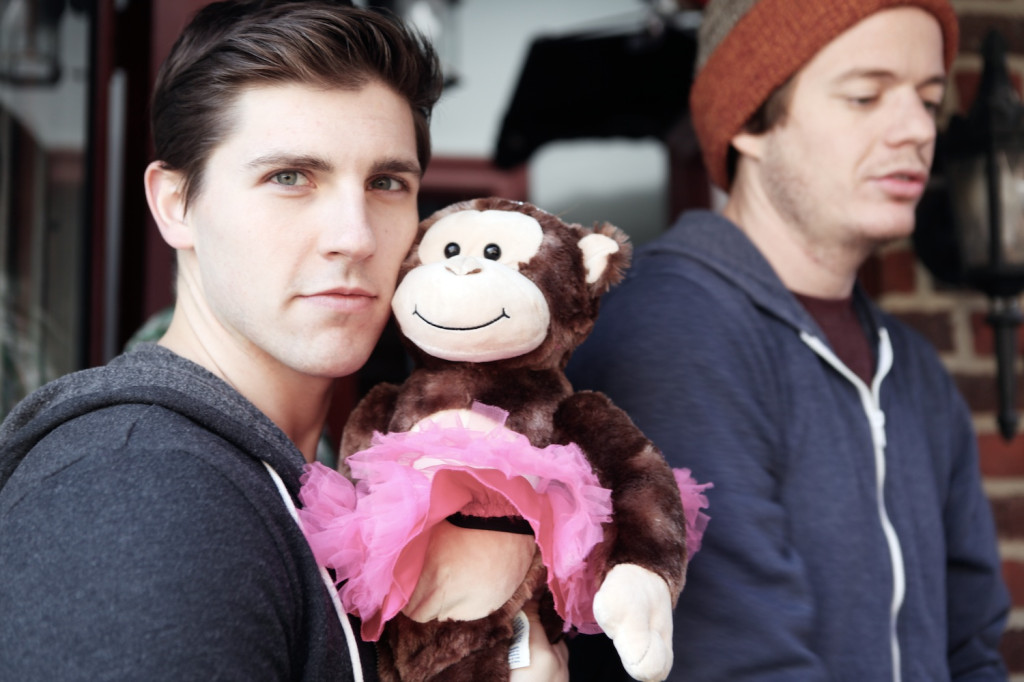 Monkeywrench is a 7-minute comedy shot on 16mm film on location in New York. We have assembled a talented team of creatives to produce it!

Why this film? Because in the spectrum of life, monkeys and heartache are at opposite ends. Everyone loves monkeys, especially the fluffy, stuffed kind, that a special someone might win for you at a State Fair. Aww. On the other end… you have the every-atom-in-your-being-is-not-okay-right-now process of being wrenched from someone or through something, like that same special someone breaking your heart.

Vanessa is suspicious when her ex-boyfriend Josh unexpectedly arrives on the doorstop of her New York City apartment, offering to fix her sink with his wrench… and holding a giant fluffy monkey.

And in this process that you know is called ‘moving on’, because your friends keep yelling at you to ‘just move on!’, what often remains is getting annoyed about stuff you accidentally lost. Or can’t bare to let go of. Little things, or maybe not so little. Like maybe a monkey. But you can’t just go back and ask for it. Or can you?

Buff, good-looking, 20s. He is an ambitious, out-spoken, likeable Californian living in New York. Masculine, but not particularly handy with a wrench. He recently broke off his long term relationship with his Australian girlfriend, Vanessa.

Also in her 20’s, Vanessa is an artsy Australian who has been living in New York for several years. She is emotionally dependant, unwilling to let go of her connection to Josh… and fiery when scorned.

Nicky is Vanessa’s housemate and best friend. A Brooklyn local, Nicky is fiercely protective of Vanessa’s interests and suspicious of Josh’s intentions.

THE PEOPLE BEHIND THE FILM

David Joshua Ford is a film & television director based in New York. Ironically, David didn’t have a TV set until the age of 12. A trip to the cinema was a luxury… and an escape. It was literature that stirred his imagination, and as an avid reader, his desire to understand the world grew through stories.

Check out Jeff’s amazing images on his website: http://www.jeffmelanson.net/

Micharne holds a Graduate Diploma of Dramatic Arts (Playwriting) from the National Institute of Dramatic Art. In 2012 her play ONE FLESH was directed by Anthony Skuse at the Adelaide Fringe Festival. Her work has previously been included in festivals by Playwriting Australia, Baggage Productions, the NYC Playwrights and Short and Sweet Festival. Micharne co-wrote the web series MY SECRET FRIEND (Think(it) Film Assembly, due for release late 2012) and the short films FREE BIKE and PERSPECTIVE, directed by Kristen Kress and featured on the Home Beautiful Magazine website.

is a California native who escaped back East 7 years ago to pursue her life-long dream of seeing leaves change colors and snow falling from the sky. From the mountains of the Caucasus to the streets of New York, she has produced films across the world, giving her a knack for making things happen in even the most creative circumstances.