Advance.org Member Postcard from David Joshua Ford
David is an Australian photographer, film and television director. He has studied in Canada, and is now freelancing his craft in New York City.

Where did you grow up in Australia?
I grew up in Canberra with a very middle-of-the-road suburban childhood. Sydney was exotic, in the way New York would be in later years.

Where are you currently living? 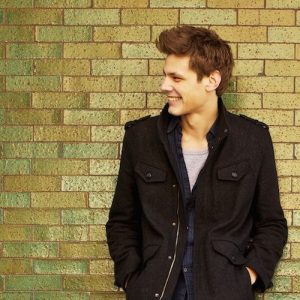 What prompted you to move overseas and how long have you been away for?
One of my goals for my twenties has been to live and work overseas for at least two years. It’s partly just for the life experience, but mainly because there are loads of job opportunities not present in Sydney. I came via Thailand and California and have been in NYC for two months now.

What is your current position/role?
Freelance! I’ve been running my own creative business in Sydney for the last six years in film, television and photography. Coming to New York I have to build up all those contacts again, somewhat from scratch. However, I’ve found people always try to help me out and connect me with the industry people they know.

Do you have any suggestions for other Australian professionals wanting to follow a similar path?
If you are in a creative profession, I suggest building a good portfolio of work and presenting it well on your website. People don’t ask (or even care) about your education. They are listening for your experience, connections, ideas, confidence and pro-activeness. And have a few months cash saved up to kick start your time!

What is the one thing you always show to visitors from home?
Jazz in West Village and improv in East Village! I’d been to New York twice before and can’t handle another Empire State or Times Square visit. Central Park is always good and most museums actually accept a tip/donation rather than paying full fare 😉

Is there anything you miss about Australia?
After a few recent Skype sessions with friends wearing singlets and shorts, definitely the beach. The cold and snow is novel, but nothing beats sand, burning asphalt, salty waves and fresh air.

Why did you join Advance and what is the best thing about being a member?
I’ve found Aussie expats immensely helpful in settling in to a new city. Perhaps because we understand what it feels like as an outsider thrown into the concrete jungle alone. Hence, I have more Australian friends than American (I’m working on changing that!) through friend-of-friend introductions. Advance is a great way to stay connected to people and events from your mother country whilst abroad.