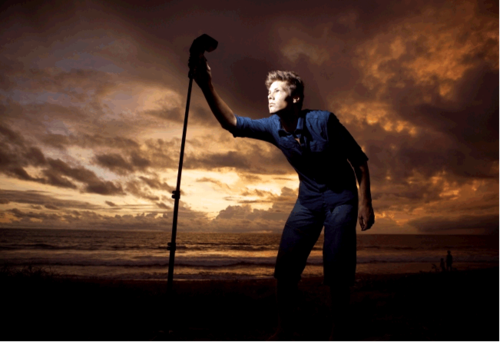 Meeting a successful person can be a moving experience. The ability to learn from the lives they’ve lead the mistakes they’ve made and the opportunities they’ve taken can in turn harbour our own aspirations in a similar field. Being the impressionable young man that I am, I like to gravitate towards these people in the hope that feeding off their excellence will some how help in my own personal endeavours. So far, to no avail.

Meeting a person who is on the cusp of excellence is something different. Its like what I assume buying a Warhol print before he died would be, or purchasing Apple shares just before iPod’s were released; this sense of impending greatness that isn’t justifiable just now but you can feel it in your gut that its going to happen. David Joshua Ford is this to a tee.

Interestingly, one of the first things I discovered about David’s early life before we met, was the fact that he grew up without a television. Probably not that significant of a loss to most, but for a budding director this places him in a highly unique position amongst most people of his age. As opposed to approaching the media from the, for the lack of a better phrase, ‘Americanised’ perspective that most seem to have experienced, David’s lack of exposure to such a structure for film and television means that his vision is still somewhat unadulterated. Like I said, rare for a man of 27 years. 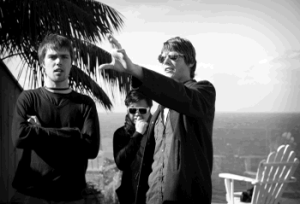 An undergraduate from Charles Sturt and a recent graduate from Directing at the renowned AFTRS (Australian Film, Television and Radio School) obviously means he isn’t running around the world oblivious to the last twenty years of cinematic achievements, however it still seems to place him a distinct category of his own. His attention to narrative and character development for example is reflective of this early and unusually high exposure to literature in the absence of a television. His meticulous fascination with people and their relationships with not only each other but with the world in which they live is something that can only be likened to the plot of a brilliant novel.

I first heard of David after reading of his submission for the Bondi Short Film Festival in 2010. His documentary “Lillie” depicts the world of a four-year-old girl, contrasting her relatively sheltered upbringing against the fragility and trauma of her mother’s childhood. The portrait covers three generations of women who pull together to form an eclectic family unit in the absence of their men. David was intrigued by Lillie’s natural candour and wanted to explore the sense of wonder that a child holds for the world.

Other notable projects of his include his contribution to the Fanging It travel series on ABC2 and a self-produced documentary titled Children With Hope filmed in Mozambique and broadcast on pay TV in Australia bad overseas. More recently, David presented the Channel 31 music program, Scout TV. 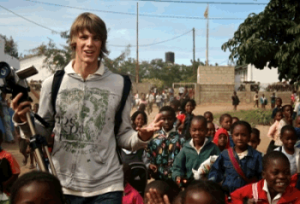 David’s talents also transcend genres with a striking collection of travel photography accompanying his achievements in film. Trips to South East Asia, Africa, North America and Europe have been captured by this ability of his to apprehend certain emotions and experiences so vividly in his work; not simply to record the sights one sees whilst on holidays which is a trap most travellers with a camera tend to fall into.

Sitting with David in Gould St, was like sitting with a friend dreaming about what’s going to happen once school is finished or uni is done and all the options that lay ahead. Listening to him talk about his work was not dissimilar to hearing an artist describe the meaning of a painting; there just constantly seems so much substance to what he does. Calling his future ‘bright,’ seems too cliché a word for such a unique person. Blindingly iridescent may be more fitting for David is that Warhol painting. Watch this space.