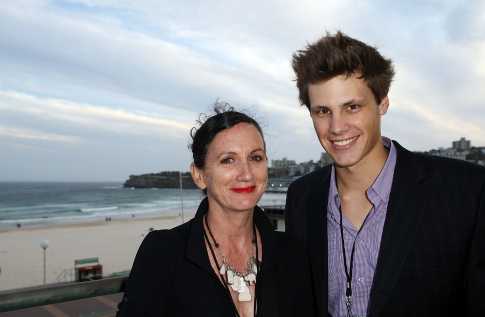 The 10th annual Bondi Short Film Festival cemented its place in the festival calendar last month, with sell out screenings and a swanky award ceremony hosted by The Chaser’s Chris Taylor.

John Marsh took out best film honours for his production Happenstance. Bondi filmmaker David Ford rounded out the list of 14 featured films with his documentary Lillie. Ford echoed the sentiments of many when he said Bondi Shorts had come of age.

The festival has cultivated a reputation for showcasing independent home-grown cinema in a region quickly becoming a hotspot for budding writers and filmmakers.

“The beach was a great backdrop. I also liked the initiative to keep all content Australian. It felt homely,” Ford said.

“This was my first year at Bondi Shorts and I was pleasantly surprised,” said Kezelos. “It really showed the big boys how a festival should be run.”

Zero has scored accolades at film festivals around the world for its unique design aesthetic and compelling narrative. A staunch advocate of short films, Kezelos likes the time limit.

“I think it forces you to create a tighter story,” he said.

Swedish-born director Tobias Andersson collected the best cinematography award for his film Pop. Set in the Snowy Mountains, Pop takes a poignant look at the relationship between father and son.

“The story is inspired by my own childhood and joining my father for rabbit hunts in the north of Sweden,” said Andersson. “We rarely caught anything when I was with him and I couldn’t help feeling it was because of me.”

Now settled in Bondi, Andersson is familiar with Australia’s film festival culture and how it inspires both competition and camaraderie.

“It wasn’t so much about the competition but more about meeting your peers.”