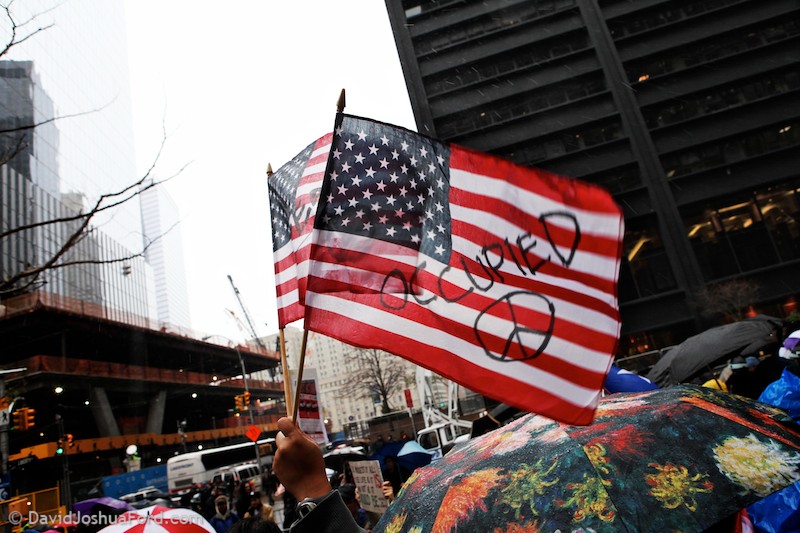 I made my way down to the 2-month anniversary rally of Occupy Wall Street today. The recent warm spell had dropped to an icy breeze with rain, making it difficult to operate my camera.

Because the crowds are so heavily controlled by police in riot gear, much of the rally’s energy was distracted by police/protester tensions. I saw one girl being harassed by the police because they mistook her for someone else. She began to retaliate indignantly, only escalating the situation. A fellow young male protester pulled her away, urging her to drop it. “Look at them,” he said to her of the police. “They’ve never seen this before – they don’t know what to do. They’re just frightened cats.”

I enjoyed just being there as an observer and listening to the various opinions and attitudes of Americans conversing in the street. I’ll post the other half of my OWS pictures soon – I’m struggling with a 2006 Macbook…time to upgrade I think!

Pictures after the jump!