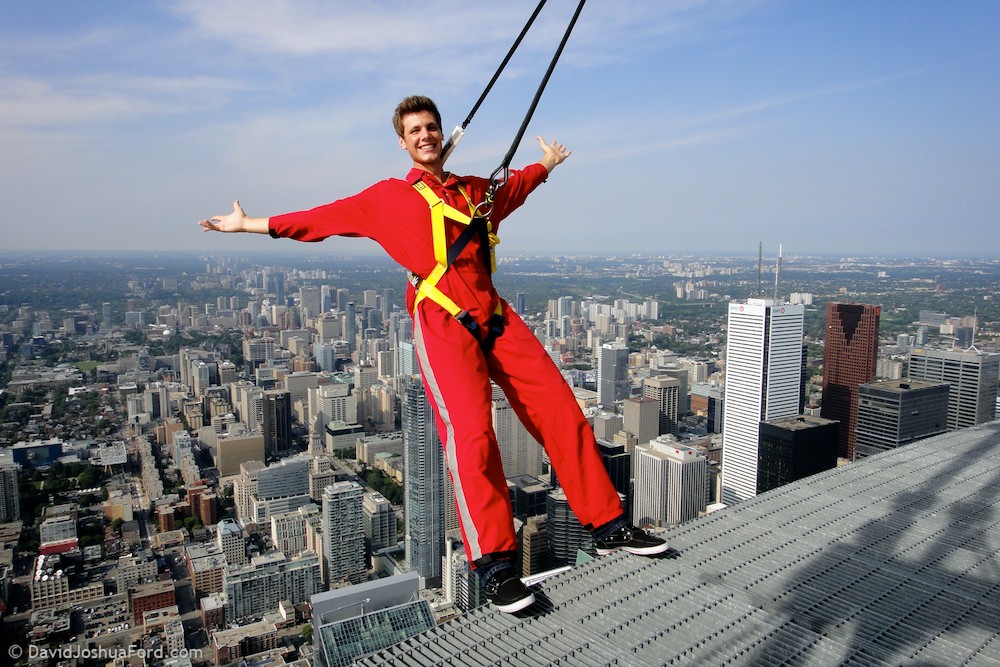 Any Torontonian will tell you the Toronto International Film Festival (TIFF) is the perfect time of year for a city visit. Fall has just kicked in, Hollywood stars grace the streets, and the influx of visitors makes the downtown area swell with carnival buzz.

Read the original article on Fodors.com –>

I spent the first few days celebrity-spotting the likes of Keira Knightley, Jude Law, Joseph Gordon Levitt, Halle Berry, Tom Hanks, and a myriad of other silver screen giants on the red carpet (and, I confess, even attempted an iPhone snap of Colin Farrell arriving at my hotel). Ontario is the third largest entertainment sector in North America and chances are you’ll stumble onto a movie set. Walking down Richmond Street West, I encountered a motorbike chase sequence for the upcoming flick Kick-Ass 2.

As one of the most highly regarded film festivals in the world, TIFF has a history of selecting Oscar contenders. This year’s Blackberry People’s Choice Award went to the Bradley Cooper, Jennifer Lawrence-led dramedy,Silver Linings Playbook. I saw fifteen features, but could hardly make a dent in the smorgasbord of 372 films from 72 countries. After sitting in a dark theater for a week with perfect fall weather teasing me through Scotiabank Theatre’s huge glass panels, it was time to trade star-spotting for city sightseeing!

Here are a few things to see and do around Toronto beyond visiting the TIFF Bell Lightbox.

My most thrilling activity was the EdgeWalk around the CN Tower, holder of the Guinness World Record for “Highest External Walk on a Building.” Once you trust that your safety harness is strong enough to hold the weight of a bus, leaning off the edge won’t feel so terrifying. Exposed to the sun and wind, and with no safety railing, the EdgeWalk gives you a guided introduction to the city as well as an adrenaline rush to brag about. Video and photos are included in admission. Here is video of me taking the city in stride!

Fortunately all the TIFF theaters are located within easy walking distance of each other in downtown Toronto. King Street boasts a vibrant nightlife of clubs, bars, and cafes. Comedy club The Second City on Mercer Street has the sharpest show I’ve seen for a while: deft performances and swift lighting changes set to improvised live music.

As you head north of King Street, stop for a flat white (a latte without foam) at the Dark Horse on John Street. Two more blocks and you’ll find King’s parallel counterpart—Queen Street—renowned for its boutique shopping. 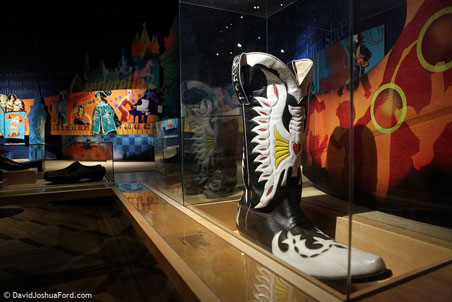 If the idea of a shoe museum makes you think of trailing your girlfriend down Fifth Avenue on a Saturday morning, think again. The BATA Shoe Museum on Bloor Street takes an anthropological approach to footwear. From Ancient Egyptian sandals, to Gothic poulaines, Renaissance period chopines, and Tudor-age sabatons, even the more carpetry footwear of Buddhist, Christian, and Shinto priests, walk for centuries in the shoes of diverse world cultures.

Shoes from famous people the world over have found their way into the collection: Justin Beiber’s high-top Supra Skytop II sneakers, Marilyn Monroe’s sexy red stilettos, and even the simple plastic thong sandals from His High Holiness the Dalai Lama. If you’re interested in history, people, cultures, and pop icons, chances are it will be you dragging your girlfriend along to the footwear exhibition.

If you have time, the Royal Ontario Museum next door contains Canada’s largest collection of world culture and natural history. There are exhibits specially designed for kids, and the foyer contains the largest dinosaur cast on display in Canada—the Futalognkosaurus, measuring over 105 feet. 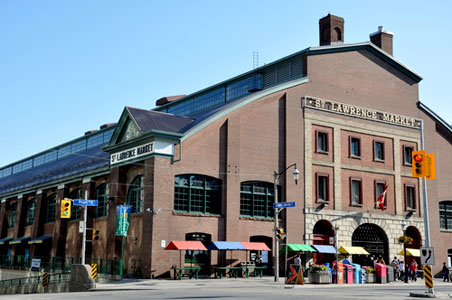 Moving east to the wedge intersection of Front and Wellington Streets, you’ll find the Gooderham Building, Toronto’s equivalent of New York’s Flatiron Building. Though nowhere near the size or scope, this 1982 structure is frequently featured in postcards with the city’s modern skyscrapers as backdrop. Across the road is St. Lawrence Market, recently named “the world’s best food market” by National Geographic. Try some peameal bacon, also known as Canadian bacon: cured boneless loin rolled in ground yellow cornmeal.

If you’re a city-lover, Toronto in September provides the perfect mix of clear fall weather, Hollywood glamor, nightlife, shopping, and cultural activities, all within a relaxed atmosphere where you’re constantly greeted with a friendly, “eh?”