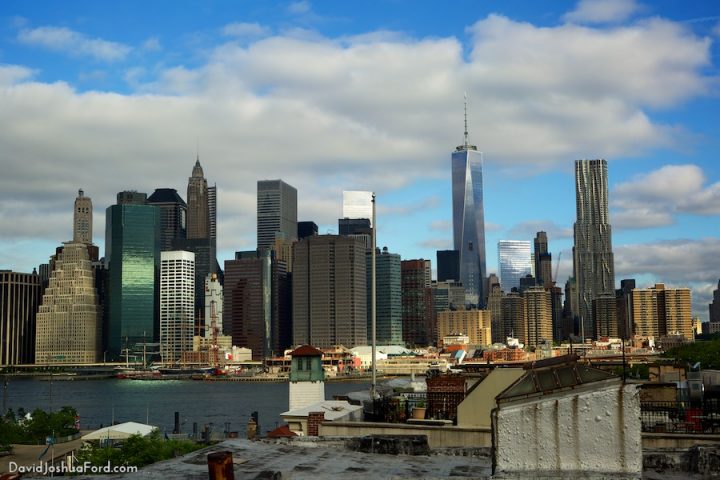 The icons of the New York skyline so familiar through recess of memory and the window of film, now examined through the window of a taxi sailing the BQE.

I want to find my notepad to write all this down, but my girl is nestled into my chest. She’s usually fetal with her back turned by 9pm, so I’m reluctant to disturb this spring communion when an isolating city surrounds.

In the morning I wake early and climb the noisy wooden stairs to the rooftop. The panoramic icons glisten in a sunlit post-rain lineup: Liberty, Freedom Tower, Triborough Bridges, Empire.

It’s an outer body experience: like a spectator automated through the motions of another person’s life. One foot after another on a trajectory to I-don’t-know-where.

However, devoid of routine and permanent residence, I choose to let all sense of confusion slip by and acknowledge simple facts: I’m alive, healthy, well-fed, and have an exciting future to build. 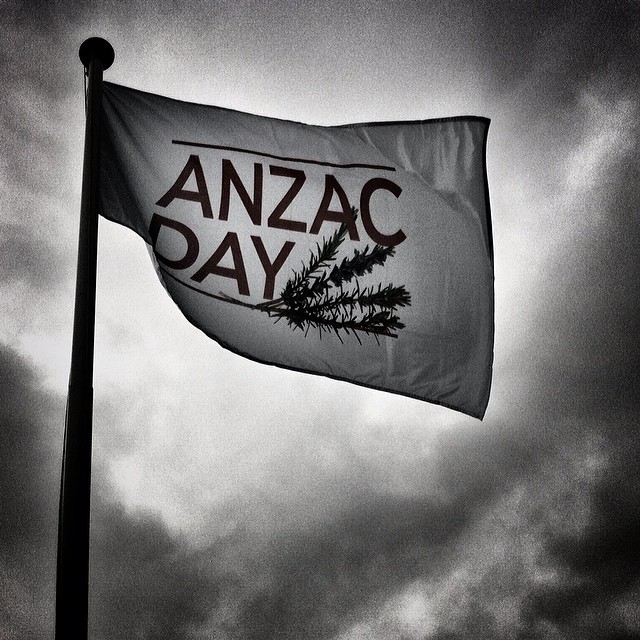 My parents and I rode our bikes down to the ANZAC Day ceremony at the Australian War Memorial today. My brother was playing saxophone in the military band for the royals who were only 20m away! I love how casual security details are in Canberra. 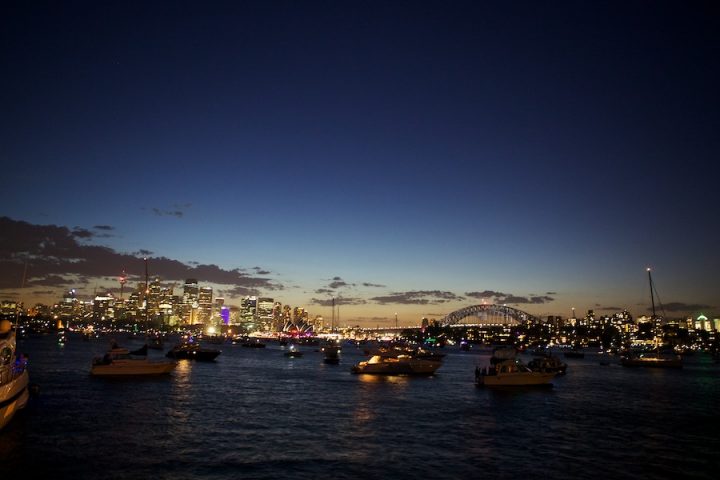 Such a beautiful place… Only one week left in Australia.. I will be sad to leave the Emerald City! 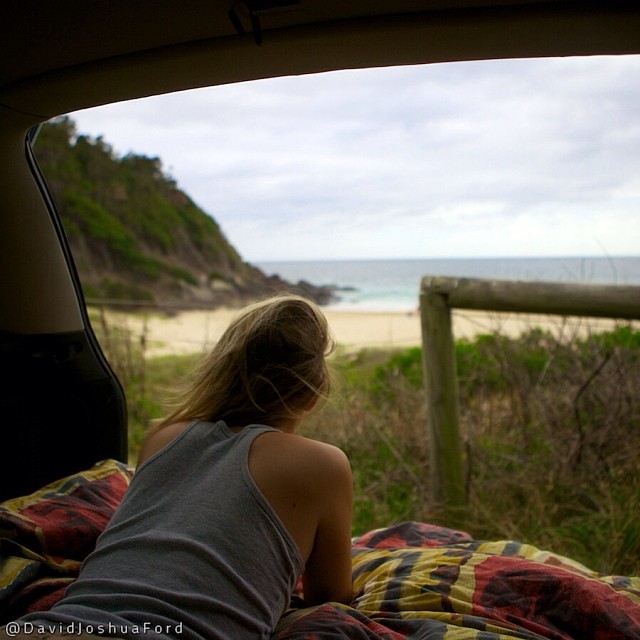 Happy 2014!! Life’s a beach, go get lost anywhere in the world over these next 365 days and experience something amazing! 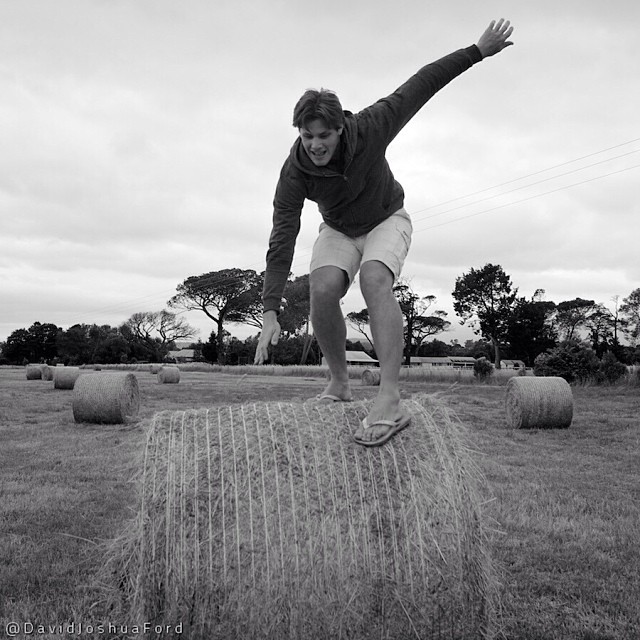 Surfing hay bales in Gundaroo, just outside Canberra. Loving the countryside, fresh air, and being silly with family! 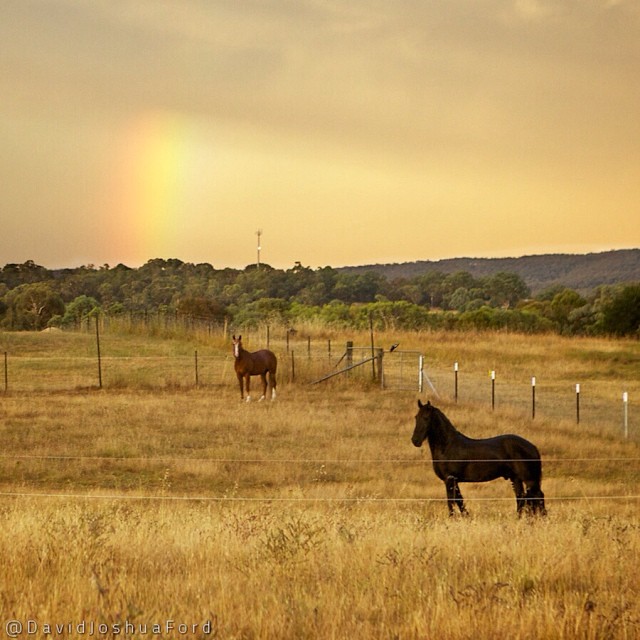 Unicorns on the Gundaroo Common

I’m pretty sure these are unicorns…yep, they are: unicorns on the Gundaroo Common. Gundaroo (aka “Fundaroo”) is probably my favourite place in the world. It’s just outside Canberra and the place where my Grandfather use to own property called Wonders Farm. As a kid I’d explore the willowed creek, rusted machinery and the broken down wool shed. My Grandparents are buried just to the right of this photo…in a field of unicorns. When I die, bury me here. 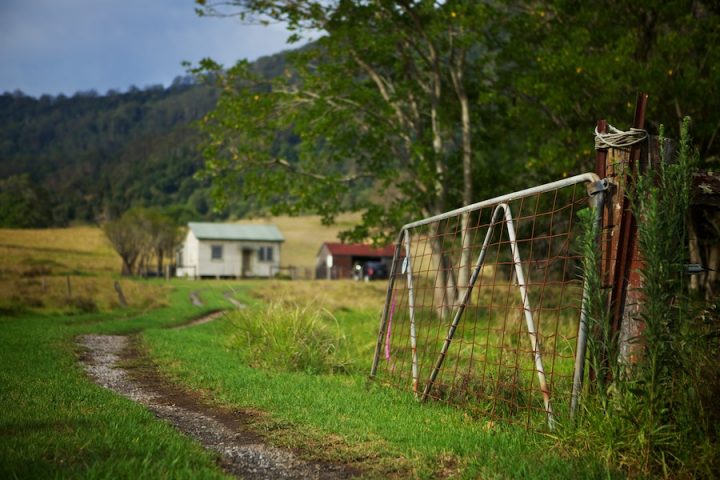 I’m holidaying in Camberwarra at the moment – just outside of Nowra, south of Sydney. It’s a beautiful area with gum trees, wineries, brilliant green farm lands, and of course, the pristine white sands of Jervis Bay not far away.

It also happens to be the location where I filmed Denis Carnahan’s music video “Different World“. 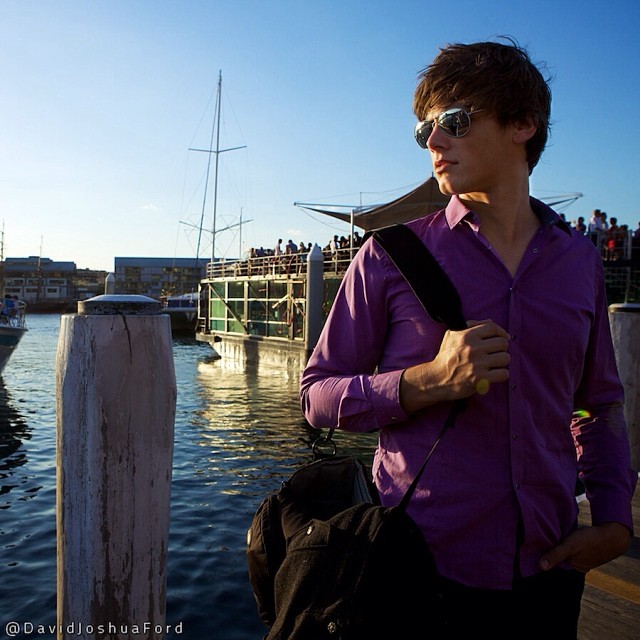 The last day of 2012. I’m on a boat on Sydney Harbour to celebrate. I hope you had a fantastic year…may 2013 be a year of great things! 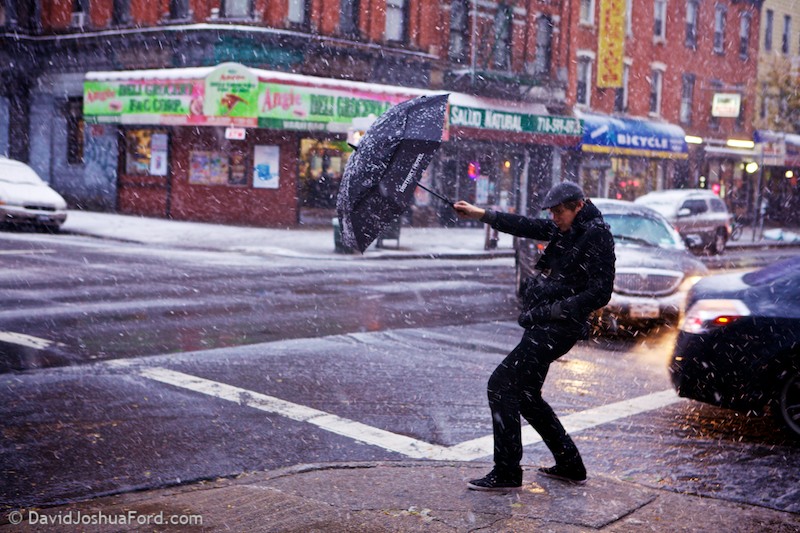 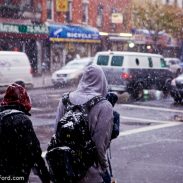 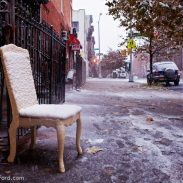 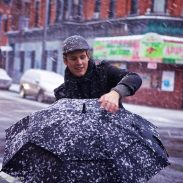 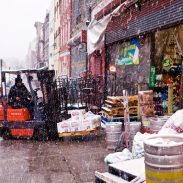 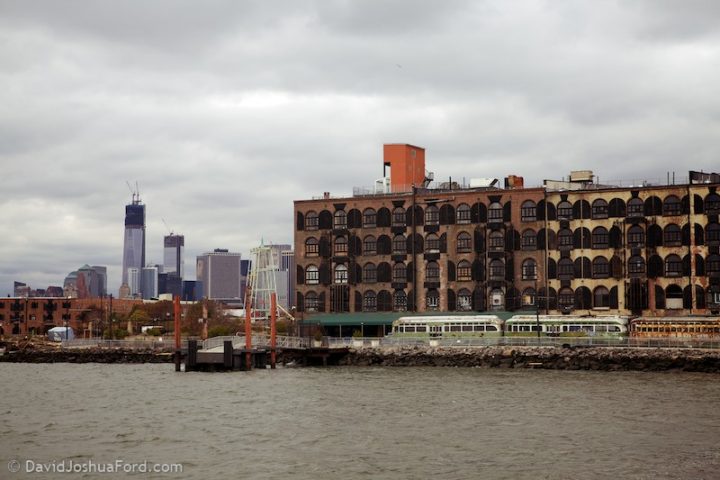 Uprooted trees, the grind of generators and streets littered with debris. The clean-up following Hurricane Sandy has proven more troublesome than the brief event itself.

I made my way to Red Hook, Brooklyn, today to help pass out army food rations at Coffey Park. Like most low-lying areas in New York, the area is still without gas, water, food and power. 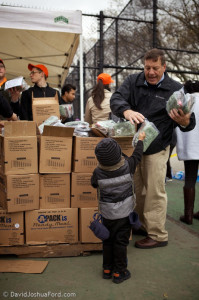 Residents dragged muddy possessions from their basements to the street like ants building a mound. Swollen bookshelves, broken crockery, potted plants, dirt-stained carpet and rotting food scraps, the stench reminding me of a rubbish dump. One woman, huddled by a candle in the dark of her laundromat, came forward with a brilliant smile when we offered her food and water.

The pre-production for my 16mm short film MONKEYWRENCH has also been affected. With the main connective hub of the lower-Manhattan subway inactive, traveling around the city to gather props and check locations has been impossible. We decided to push the shoot back to the 10th & 11th November to allow both the city and many of our cast and crew members to recuperate.

Across New York City, tunnels, subway-lines and interstate trains have been crippled. A minimum of three people per car is mandatory to cross the East River bridges.

I’ve noticed a slight change in activity in my area of Williamsburg, and it’s not just the storm-saluting Halloween costumes: people dressed as such as sandbags, sporting Miami Hurricanes caps and perms to make Olivia Newton-John’s Sandy Olsson proud. Without the L train running in to Manhattan, people shop and socialize locally, increasing the pedestrian traffic and the sense of a village.

Here are photos from today’s outing in Red Hook! 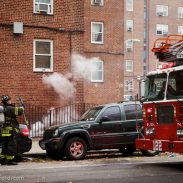 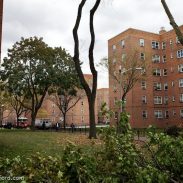 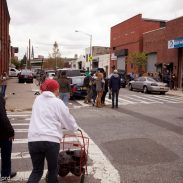 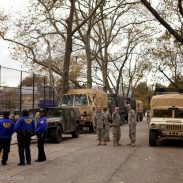 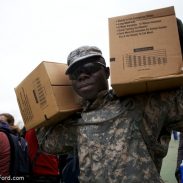 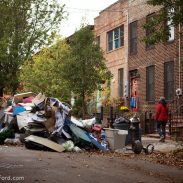